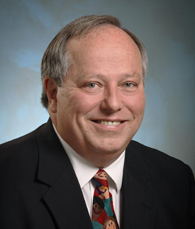 Harvey Slentz is an attorney who has served as an arbitrator, and as a mediator in more than one-thousand pre-trial civil cases involving complex contracts, probate, real property, intellectual property, labor-management relations governed by a Collective Bargaining Agreement, and discrimination complaints based on disparate treatment.

Harvey brings a diverse and extensive background to dispute resolution. Prior to establishing his current career in alternative dispute resolution and teaching law, Harvey enjoyed more than 30 years in professional and senior executive roles, and served for 15 years as a regional CEO for a $70 billion national service provider, leading up to 5,000 employees with a $250 million annual budget. He has negotiated Collective Bargaining Agreements (CBA) representing unions, and in other enterprises and at other times representing the employer as the sole negotiator for local CBAs, or as a member of the management team that negotiated a $120 billion CBA over the 3-year term of the labor-management contract. Harvey has been trained in Harvard Law’s Interest-Based Approach to negotiation and mediation. He has been certified as an EEOC investigator and Federal Agency Decision Writer. In service to the Florida Academy of Professional Mediators (FAPM), Harvey has served as a member of the state Board of Directors, and received the President’s Award for his contributions to the profession.

The approach that Harvey uses in dispute resolution is based on identifying the true interests that are the foundation of the position of the parties, and then working with the parties to fashion a win-win outcome in most cases. The results are generally positive: most of the mediation cases Harvey receives are from attorneys who have employed his services in past mediation cases.