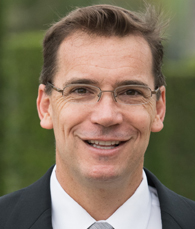 Kevin Jakab, Esq. is a Florida Bar Board Certified Civil Trial Lawyer and Florida Supreme Court Certified Circuit Mediator. He specializes in mediating and trying cases involving personal injury and wrongful death, including complex civil cases involving significant damages and catastrophic loss. He has successfully mediated and tried such cases pending in federal and state court throughout the state of Florida. He is admitted in the United States District Courts for the Northern, Middle, and Southern Districts of Florida and all state courts.