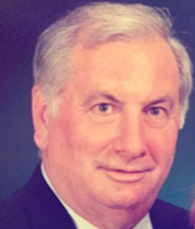 Taught “Alternative Dispute Resolution” as an Adjunct Professor at Florida Coastal School of Law in Jacksonville, Florida, from summer of 2003 to 2015.

In 1996, I was co-counsel, along with Robert Spohrer, Jacksonville, and Brian Wolfman of Public Citizens, Washington, D.C. for the Appellees in the U. S. Supreme Court case of Medtronic, Inc. v. Lohr, 518 U.S. 470 (1996), which was decided in favor of our clients, the Lohrs.  The issue was whether or not there was federal preemption in defective product liability cases (i.e. pacemaker leads).  We won in the Supreme Court. The case was voted Case of the Year by ATLA in 1996.

American Arbitration Association Arbitrator (Large Complex Case Program), Arbitrator for AAA for twenty-seven (27) years.  Involved in a AAA international arbitration case (a wrongful death of a child on a safari in Africa).  Served as an Umpire in insurance coverage cases, and as an Arbitrator in private arbitrations.  Types of arbitrations handled include all types of commercial cases, Lemon Law, breach of contract, business disputes, construction, actuarial malpractice, fraud, termite, maritime, and other miscellaneous cases.  Other cases involved a breach of contract involving a resort and a national leadership group of one of the major political parties, canceling the “think tank” weekend because of the Iraq war, a maritime case involving losses on a construction project in Alabama, a multi-million dollar partnership dispute in Key West, and an oil and gas partnership dispute in West Virginia, a claim between a hospital corporation and insurer for reimbursements and several employment arbitrations.  Also involved in numerous consumer bank cases.

I have been certified as a Circuit Court Mediator in Florida since 1991.  Over 2,500 cases mediated.  Now also a AAA mediator in U. S. Gypsum and Fibreboard  Asbestos Trust cases (100 cases to date).

EXPERT WITNESS:Employed as an expert witness in 38 cases.  (Specifics provided upon request.)